A virtual village for Howick 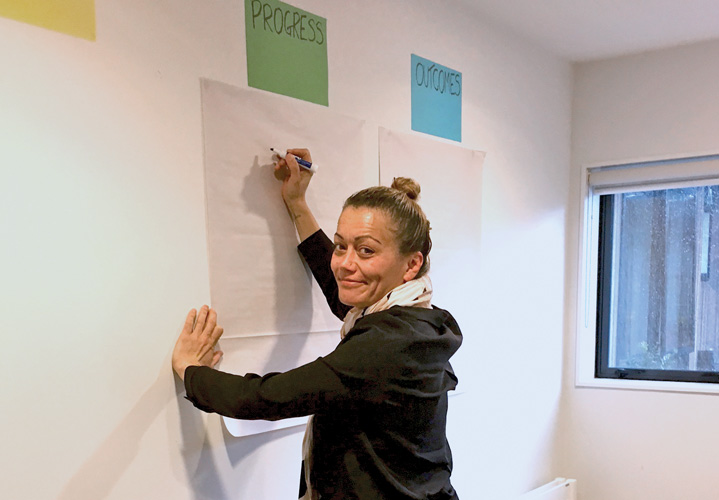 A virtual village for Howick

If you walk down the corridor in the Rest Home right now you will see a sign on the spare office door which says “Hive HQ”. Until February this office is being used as the hub for a new project that HBH Senior Living is working on in partnership with East Health PHO.

HBH and East Health are working together to explore whether establishing a “Virtual Village” in Howick would be beneficial to older people living in their own homes in the area.

The idea came about after CEO, Bonnie Robinson, met with residents of our retirement village, 139 on Union. “Many of our residents said companionship was one of the great things about living in a retirement village. However many older people can’t or won’t move to an actual village. I started asking how we could take some of the benefits of a village out into the community.”

After a bit of research, Bonnie discovered the “Village to Village” movement – an idea that started in Boston in the USA, where older people join together to ensure that they age well in their communities. Bonnie also visited the first Virtual Village in Australia, known as the Hub, and was impressed with its results. “Hub members said what a difference it had made to their lives. Older people who had felt very lonely and isolated now know people in their local neighbourhood and feel supported and confident again.”

Virtual Villages do not seek to replicate what existing older persons’ organisations are doing, but to build on these and link more older people in with them. A Virtual Village’s main focus is deliberate community building for older people, ensuring that they are linked with others in their community and have a group of friends and neighbours they can rely on for mutual support.

For now, HBH’s role is to host the Virtual Village administration but in the future might make available activities that the Virtual Village can offer. It’s all part of HBH’s philosophy of caring for older people.
If the scoping project shows that a Virtual Village is of benefit, it is hoped to launch it in February 2018. If you would like to know more or be part of establishing a Virtual Village in Howick contact Bonnie Robinson, CEO, HBH Senior Living, Telephone 538 0080 or bonnie.robinson@hbh.org.nz.