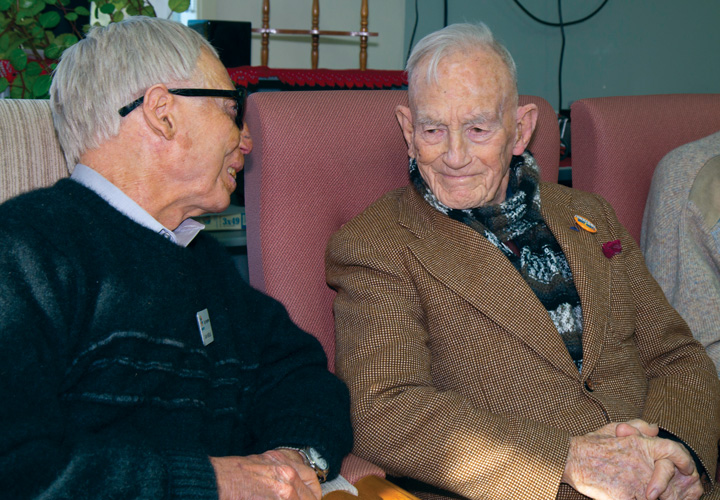 “These days, most people know they should not discriminate or be prejudiced, but it seems we are still comfortable with ageism – and most of us are guilty of it, without realising it. In Western cultures we tend to value youth, but in doing so, we often discriminate against older people,” she says.

How often, for example, have you heard or used the compliment, “You don’t look your age,” or “You’re young for your age”?

“These phrases are well-meant and we certainly don’t want people to stop complimenting older people, but within those compliments lies an attitude that getting old or looking old isn’t good,” says Bonnie.

We might even criticise ourselves for “looking old”, or “having a senior moment”, when what we really mean is that we look tired or have forgotten something. Such comments might seem trivial but they create the impression that being old is a negative thing.

Bonnie points out that how well we age is largely a matter of genetics – we can’t do much about growing old, so why be criticised for it? An ageing population does bring challenges, such as increased medical care, but this doesn’t have to be negative.

“We need to start thinking about ageing as positive. Having a large population of people who live to over 80 is a sign that we’re an affluent Western country with good healthcare!” she says.

“Often agesim stems from incorrect assumptions about growing older. For example it is assumed that older workers take a lot of sick leave, but studies show that they’re less likely to take days off. It’s also assumed that older people are not up with the play with technology or can’t learn – yet people over the age of 65 have some of the fastest take-up rates of new technology and are as capable of learning as anyone,” she says.

Another reason for ageism is that many of us dislike facing our own mortality. “We don’t like to talk about it, therefore we don’t like old age. These attitudes to mortality are understandable, but not talking about it or hiding it away doesn’t help either.”

Bonnie believes that the Eden Alternative approach helps overcome ageism, because it promotes the idea that people can continue to find meaning and value in life, no matter what their age.

“It’s about embracing age – not running away from it. Just because you’re older doesn’t mean you don’t deserve joy and growth. You don’t need to lose these things; you simply need to create opportunities for them in another way.

“Inevitably, the longer we live, there will be some ill health and frailty, and we will need more assistance, but that doesn’t mean our lives are not valuable,” she says.

“The Eden approach encourages the view that there are still things that you’re here to accomplish and achieve. It puts value on your life, no matter your age or health – and that’s a great way to think about living and dying.”