Creating Eden: how the Eden Alternative came about 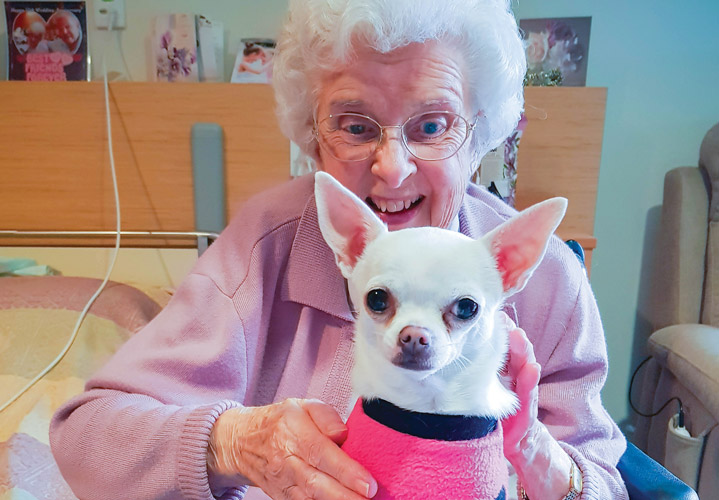 Creating Eden: how the Eden Alternative came about

The Eden Alternative is a philosophy of care that aims to transform residential care by addressing the ‘three plagues’ of aging: loneliness, helplessness and boredom.

The philosophy was founded by Dr William H. Thomas, a world-renowned M.D., geriatrician and author who has been globally recognised for his many services to positive aging. Since then, the Eden Alternative has been adopted by progressive aged care organisations around the world.

HBH introduced the Eden Alternative four years ago with the goal of helping our residents feel as healthy, happy and fulfilled as possible. We’re proud to say we’ve now been awarded eight of the ten Eden Principles and we’re working towards the final two.

In this thought-provoking excerpt from his book, In the Arms of Elders, Dr Thomas explains what led him to establish the Eden Alternative and why he felt so compelled to change the “withering toll that institionalisation takes on those who must live in nursing homes”.

In the Arms of Elders: “In the early 1990s, I took a job as a physician in a small nursing home in Upstate New York. The facility had a proud history of compliance with state and federal regulations and was, in every way, a credit to the community. At one point, it boasted five consecutive “perfect” state inspection ( audit) surveys. It had everything such a facility could ask for – a modern, well-maintained building; a thoughtful and committed board of directors; and a dedicated staff and management, many with long tenure. There were just three problems:

My eyes were opened to these plagues one day when I was asked to see a woman about a rash that had developed on her arm. Accompanied by a nurse, I strode down the hallway confident that I could diagnose the cause of the inflammation. I found my patient lying her bed in the very sparely furnished room that she shared with another resident. I pulled the curtain aside and presented myself in what I supposed was a very friendly, confident way. In a too-loud voice I questioned her about the red splotches on her arm, how long they had been there, whether they itched, and if she had ever had such a rash in the past. When I prepared to leave she reached up and took hold of my arm and pulled me toward her. I will never forget the whiteness of her hair and the blueness of her eyes. In a soft, sad voice she said, “I’m so lonely.”

Nothing in my training or experience had prepared me for this. I could only offer a mumbled reassurance and then excuse myself. I staggered back to the nurses’ station. There I wrote a medical note documenting my visit and filled out a prescription for the appropriate cream. I finished my rounds and left the facility – but those eyes, that face, that voice would not leave my mind, Indeed, they are with me still, even to this day.

When I returned to the nursing home, I was determined to understand the true causes of suffering among the people I called my patients. I quickly came to see that the three plagues of loneliness, helplessness, and boredom were tormenting the people I cared for. The plagues were relentless, remorseless, and too often fatal. Despite this, the organisation devoted very few of its resources to alleviating them. Such passivity was hard for me to understand, given how committed the facility was to quality care and how seriously these afflictions were damaging the people who lived there. Together with my wife, Judith Meyers-Thomas, I began thinking about creating a different kind of world for people living in nursing homes. The Eden Alternative is the product of that effort. It was created as a response to the withering toll that institutionalization takes on people who must live in nursing homes.

The Eden Alternative (described fully in a book I wrote called Life Worth Living) is based on the common sense notion that human beings thrive in gardenlike environments. This is one of the lessons of the original story of Eden. A nursing home, dedicated as it is to combating physical and mental disease and disability, is particularly inept when it comes to confronting the wounds of the human spirit. The failure belongs to the system, not the people who struggle to make that system work.

In order for the Eden Alternative to be effective, nursing home management must make an ironclad commitment to the well-being of the caregivers. Nursing homes have long recruited mature, loving people into their ranks and then used them to soften the edges of a hard-hearted institutional structure. Regimentation, regulation, and hierarchy take a heavy toll on those who choose to do this work. The Eden Alternative has flourished in large part because it teaches professionals how to build an organisation that cares for the staff as well as for the elders. Our golden rule holds that “as managers do unto the staff, so shall the staff do unto the elders.” An organisation that learns to give love, respect, dignity, tenderness, and tolerance to employees creates the potential for these same virtues to be awarded, in abundance, to the elders. This reciprocity is the most elemental form of justice.

By the late 1990s it had become clear that the Eden Alternative was part of an emerging national struggle to remake the daily realities of long-term care for staff and residents alike. People like Barry and Debbie Barkan of the Live Oak Institute, Charlene Boyd at Providence Mount St. Vincent, and Joanne Rader at the University of Oregon were also pioneering new approaches to the problems faced by those living in and working in nursing homes. It is often said, “When the student is ready, the teacher will appear.” The field was ripe for change and more open than ever before to new ideas and practices. What was needed was some kind of proof that the effort to change the culture of long-term care could offer measureable, sustainable improvements in the quality of life and the quality of care.

The Eden Alternative has grown in size, scope, and complexity since its inception in 1992. What began as an effort to improve quality of life for residents in a single nursing home has developed into a worldwide movement to reform the structures and practices of long-term care as a whole. The Eden Alternative has labored to develop a comprehensive approach to change in long-term care complete with its own language, stories, and fellowship. The Eden Alternative philosophy has been placed into successful practice in every state of the union and in New Zealand, Australia, Europe, Scandinavia, and Asia.

There are two factors that help explain its global distribution. First, in the industrialised world (East and West), the problems created by a growing reliance on institutional forms of care are largely the same from nation to nation. Institutionalised elders everywhere suffer from the three plagues of loneliness, helplessness, and boredom. Second, no matter what language is spoken within their walls, long-term care facilities the world over all operate on the same pattern. The Eden Alternative responds to this challenge in a substantial, effective way, and that is why it has grown so much and spread so far. The Eden Alternative is the beginning, not the end, of an epic journey. It shows us what is possible and encourages us to continue exploring, to continue asking how we can improve the well-being of our elders and, in doing so, bring a new elderhood into being.”

In the Arms of Elders. A parable of Wise Leadership and Community Building. William H. Thomas, MD. p 214 to 218.

You can find out more about the Eden Alternative here.