Hungry for food or company? Come to Milly’s cafe 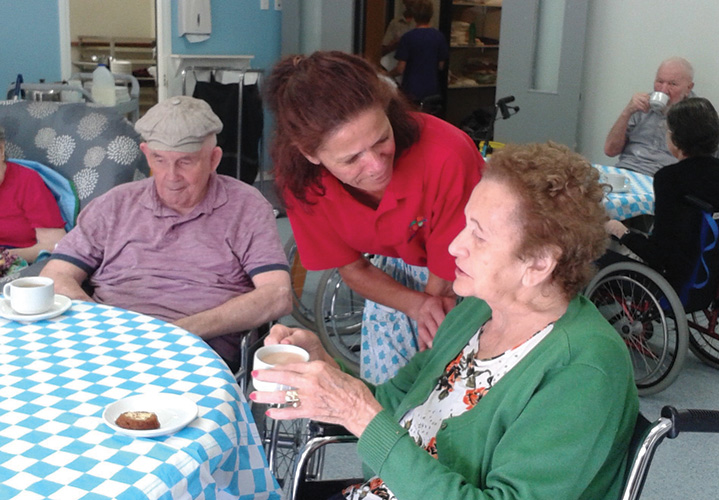 Hungry for food or company? Come to Milly’s cafe

Introducing Milly’s cafe, a fantastic new initiative from staff member, Milly Pearce. After working in the household team for five years, Milly recently came up with the idea of creating an in-house cafe so residents have a place to socialise – and of course, enjoy a cuppa.

Milly was inspired by the Eden Alternative philosophy at HBH, particularly the principle of helping older people overcome the ‘three plagues of loneliness, helplessness and boredom’. “Most of the residents were staying in their rooms for their morning or afternoon tea, but many of them were lonely,” reports Milly. “Now they’ve started coming to the cafe, interacting and learning more about each other.”

Milly has set up a few tables in the dining room where she serves tea, coffee and cakes and scones from the kitchen, accompanied by music. The cafe is open Mondays to Fridays during the day and Milly says she’s happy to open in the weekends on request too.

Well done to Milly for her inspirational idea – it really makes a difference!