Why sooner is better than later for those big life decisions 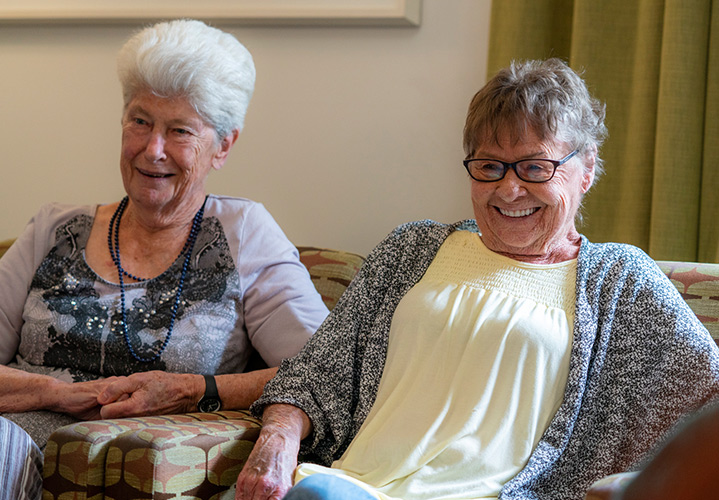 Why sooner is better than later for those big life decisions

Don’t leave the hard decisions about your life until the last minute, says Bonnie Robinson, CEO of HBH Senior Living. Take control and start planning for “I’ll be alright” rather than “she’ll be right”.

Throughout life, and especially as we get older, sometimes we all need to make some tough decisions about ‘what’s next?’. A common catalyst for this is a health issue, but sometimes it’s because life has changed and the way we’re living is no longer suitable. Perhaps a spouse or partner is ill or needing care, your living environment is no longer safe for you, or friends or family you relied for support have moved away or become busier.

If your health has been impacted, you may need to make a big decision about whether to keep living independently. Many people find these decisions really difficult, says Bonnie. “They are difficult, especially if you’ve lived in one area or house for a long time. It can be a real wrench – no one plans to be so unwell in old age that they need care.”

It’s much better if you think ahead and make these types of decisions before they happen. Think about what you might want in the future if different scenarios happen and talk about it with your partner, family and friends. Above all, try to be realistic and think through whether your intentions are viable. For example, if you choose to stay at home, can you afford to pay for private care? Is the right level of care available? And how might it impact your family?

“If you’re aged 70 or older, and you’re beginning to have doubts or concerns about your current living situation, now is the time to start thinking ahead,” explains Bonnie. “The sooner you make these important decisions, the easier it is for you to adjust to it and get the most out of life”.

Bonnie says that they find that people who have thought about their options beforehand are much better able to cope with change. “There’s still a significant change to come to terms with – but if you already have a plan in your head, it’s easier to adjust,” she says.

Unfortunately, if you have a health crisis and if you haven’t planned ahead, other people may have to make critical decisions for you. “We see that time and time again,” says Bonnie. “People have known they need to shift into care because their home environment is no longer safe for them. Then they have a fall or get sick, and decisions have to be made really quickly. In this situation, people don’t tend to cope as well because they feel disempowered – that they’ve lost control of their choices.”

Moving to more suitable housing (of which a retirement village is just one example), is something that many people leave too late, says Bonnie. “Once they’ve settled in, almost all of our residents say they wished they’d done it five years ago! Unfortunately, we see many people who’ve left it a bit too late. If they’d moved earlier, they might have been healthier and fitter and enjoyed it more.”

As part of the planning process, it’s also a good idea to get your legal paperwork sorted early, including an Enduring Power of Attoney (EPA) – ideally, one for property and finances and one for your personal welfare.

“I always say that anyone over the age of 18 who owns anything at all should have an EPA,” says Bonnie. “You can change your mind later – but it’s there if it’s suddenly needed. It only comes into play if you’re incapable of deciding for yourself, so it’s much better to be proactive and sort it out beforehand.”

Another important document is an Advance Care Directive – a statement that sets out in advance what treatment you do or don’t want in the event of becoming unwell in the future. It’s a great way to ensure you have control of any treatment and care in the event that you’re unable to decide or communicate your preferences at the time. It’s also a very helpful guide for family and caregivers – and it takes the stress off them when making those tough decisions.

If you haven’t already, ask your lawyer about setting up an Enduring Power of Attorney and Advance Care Directive, or you can organise them through the Public Trust.

“Incredible change happens in your life when you decide to take control of what you do have power over, instead of craving control over what you don’t.” – Anonymous