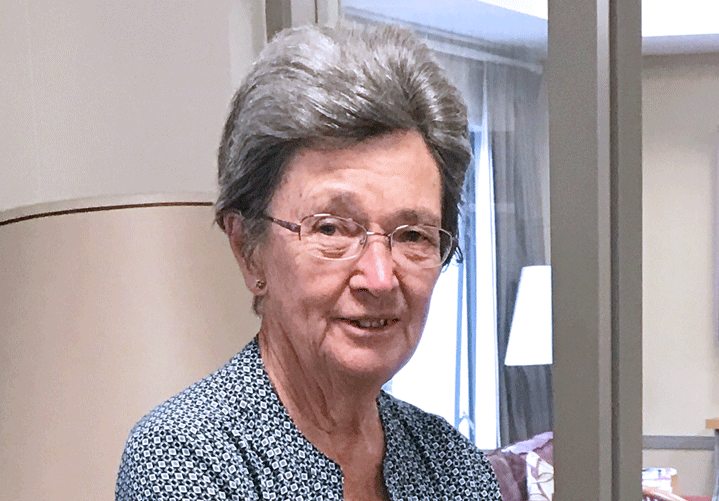 Barbara Davis, a member of the Establishment Committee for Virtual Village East, spoke at the recent meeting of local Community groups leaders. The purpose of the meeting was to introduce the Virtual Village concept and the important role of community groups. Barbara explains in her presentation, included below, the importance of working together for the benefit of the wider community.

I am a member of the Virtual Village Establishment Committee, and am also President of Bucklands Beach Combined Probus.

You may be thinking that I have a conflict of interest.

Let me assure you that this is not the case!

These two organisations have totally different aims, and need to not only co-exist, but must co-operate if they are interested in the welfare of their members.

I am not sure how many of you are familiar with a virtual village so let me try and explain it briefly. Virtual Village East aims to create a network of people who can support each other to age well. We know that Howick already has a very strong community, so it’s not intended to duplicate existing services – rather to assist people to connect with services, fill gaps where there are no services, and most importantly, create new networks of friendship and support for older people who need them.

The concept is based on a model that began in Boston around 15 years ago. It is a community not for profit organisation that connects members with each other and with the resources we all need to remain active and independent while ageing in our homes.

From the small beginnings in Boston, the movement has grown in USA and in Sydney. Virtual Village East is the first attempt to establish a similar community in NZ.

It may be easier to understand the concept if we think back a couple of hundred years.

Originally villages tended to be relatively small. To be a city you needed 20,000 people. Most of Auckland’s suburbs today would be classed as cities! People worked in their village, they knew each other, they were often related, and they supported each other.

When I first came to live in Auckland nearly 60 years ago, there were distinct suburbs; Howick was joined to Pakuranga by the concrete highway, with farms in between. Pakuranga College sat out in the middle of some paddocks. There was only farmland west to Papatoetoe. Within each suburb lots of people knew each other, they tended to work nearby, and they supported each other. They belonged to different clubs and organisations so there were communities of interest within the suburb. If you wanted to get the plumber, you knew where to find him.

Sadly, that isn’t the case today. You live in one suburb that is joined to the next, and often the boundaries are blurred. You work in another, your golf club is in one and your bridge club is in yet another. You rely on your car to get you around. Often people don’t know the others who live in their street. If you want help or support you have to go outside your area. In this busy-busy world you generally can’t, or don’t want to, ask your family for help because it is taking their time; I need the washer replaced in my toilet cistern, a relatively simple task, but I am going to have to get a plumber to do it, at great expense.

This is an example of the sort of thing that members of Virtual Village could do – swapping skills.

If our Probus club is typical of Probus clubs in general, and also groups such as U3A, then swapping skills is not an aspect of the club that is shared widely. You may get members who are friends who will share their skills. Some of our members bring empty jars for somebody else to fill with preserves from their garden, and sell them on the trading table. This meets various needs. We know that we meet for fun, friendship, and fellowship so we attend a meeting once a month. We go on the bi-monthly trip and attend an activity group on a monthly (or whatever) basis. The same can be said of the other clubs represented here. But how does this impact their lives?

Does it answer their real needs?

A year or so ago, the original people who had the vision to set up a Virtual Village in the Howick area conducted a survey and found that the biggest issues concerning older people were loneliness, isolation and loss of independence.

Remember that I said that Virtual Village is a community organisation that connects members with each other and with the resources we all need to remain active and independent while ageing in our homes. Think of it as the old-fashioned village (and retirement villages hadn’t been invented then.)

Do our groups address the idea of remaining active and independent while ageing in our homes? This is not intended to be a criticism of our groups. It is not their aim. To some extent they help overcome the feelings of loneliness and isolation that have been identified as major issues as we get older but they need help to do this.

Virtual Village East held its first coffee morning a couple of months ago. I have to be honest and say that I was surprised and pleased by the turn-out. Sadly, the majority of participants were female, but I think that is a sign of the times. Maybe if we held the group in a local bar we would get the opposite response. More importantly, a good proportion of attendees did not belong to any of our organisations but had seen the advertisement in the newspaper. Perhaps that is a recruiting place if you are looking for new members. Our coffee mornings are held on the last Tuesday of every month at Te Tuhi in Pakuranga.

Last November we held a transport seminar in order to let the community know most of the options available to them as they face the fact that they may have to give up driving. It was hugely successful.

But could your Probus club put on such an event? You would have to be a very big club to justify the effort and expense of getting the presenters together. It is this sort of event that Virtual Village is organising. Look out for our next one in June.

Why is it called Virtual Village? Because it doesn’t physically exist. It crosses over suburban boundaries, and, although the committee meets in a physical place and its seminars are in buildings, it is really more of a concept than a physical reality. As it grows we will see people helping each other – I need a ride to the doctor tomorrow, Charles is available to take me. Paul needs his plants watered while he is away – I live near to Paul so I can do that for him. We are only in the baby stages yet.

I am trying hard to get you to understand that we want to work with you, not as an independent body. We are all part of the wider community and we need you to help us make connections with the right people.